Celebrate your romantic evening with me playing romantic music to set the mood.  Valentine’s Day is one of the oldest traditions celebrated today and is a very popular day for wedding proposals as well as weddings.

Playing popular renditions of: My Funny Valentine, We’ve Only Just begun, You Make Me Feel Brand New, Lady in Red, The Look of Love

The history of Valentine’s Day–and the story of its patron saint–is shrouded in mystery. We do know that February has long been celebrated as a month of romance, and that St. Valentine’s Day, as we know it today, contains vestiges of both Christian and ancient Roman tradition.

Valentine greetings date as far back as the Middle Ages, the oldest known written Valentine, still in existence today, is a poem written in 1415 by Charles, Duke of Orleans, to his wife while he was imprisoned in the Tower of London.  Several years later, it is believed that King Henry V hired a writer named John Lydgate to compose a valentine note to Catherine of Valois.

Valentine’s Day began to be more popular around the 17th century, and by the middle of the 18th century, it was common for friends and lovers of all social classes to exchange small tokens of affection or handwritten notes, and by 1900 printed cards began to replace written letters due to improvements in printing technology. Ready-made cards were an easy way for people to express their emotions in a time when direct expression of one’s feelings was discouraged. 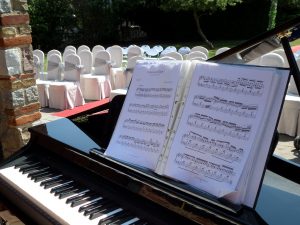